We asked founders and leaders from the Techspace network to tell us the advice they would have given themselves when they first started growing their business.

Plentific are using tech to bring transparency to property management. Since its founding in 2012, the business has raised over £7m.

“Listen to what your customers say, what other people say, take it onboard and just believe in what you’re doing.”

“If there is a moment where it doesn’t make sense anymore then trust your intuition and act on it quickly. There’s nothing more painful than to keep working on something that doesn’t work.”

Wrisk are simplifying insurance with their user-friendly platform. Since its founding in 2016, the business has raised £8.7m.

“I didn’t know what I wanted to do at 21. I actually met a graduate recently, he’s 21, I told him to get a job, for instance at Specsavers. It doesn’t matter if it’s not what you want to do, just go and find out how businesses work, their strategy, how they look after their staff. Ask and learn. Then when you get your next job interview you can say, I tried it, didn’t like it, but here’s what I learnt.”

“If I was interviewing someone I’d want someone who is inquisitive and will try things out. If you told me I’d be working in a tech business in Shoreditch 5 years ago I wouldn’t have believed you — you never know where you’re going to end up. Ultimately you just need the right characteristics.”

“People who have manners will be good with other staff and with your customers. I immediately notice if someone has them. It might not be fashionable but manners are an incredibly relevant skill at a time when robots can do lots of stuff we can do!”

“I’d tell myself to trust my instincts.”

“When you look retrospectively at my career path, I was studying software engineering, working as a software engineer for a while, shifting into advertising and then into marketing for a tech company. It all makes sense because it’s advertising, technology, adtech, marketing and commercial in general. But when I lived through that there were uncertainties. I essentially left a very lucrative software engineering job to find the next thing for me.”

“I’ve been told it was brave but I felt that it was the only way to go because I felt that I need to find a role that would fulfil my intellectual curiosity and drive. Living through that sometimes, you question yourself. If I could just tell myself it will be fine, it all makes sense in retrospect, I think that’s what I would do. And also buy a bit of bitcoin!”

Zego are providing flexible commercial insurance with their easy-to-use platform. Since its founding in 2016, they have raised over £7.5m.

“I am very logic and process driven, so if I was to look back a few years and talk to myself now I’d say not everything goes quite to plan but really, it’s about how you react when those challenges come and just to keep calm, to keep positive and to really believe in yourself.”

“It’s when those hard moments happen that you realise whether you’re really up to the task. It’s having the confidence and being able to deliver then.”

Seedrs help investors find and purchase equity in promising startups. Since its founding in 2009, they have raised £48.5m.

“I would certainly counsel patience. I think I’ve proven to be patient by need. In the early days, I thought that building a business was a very binary thing. You either rocketed to the moon and everybody made a fortune, there was a 0.01% chance of that but that it all went in that direction, or you wound up face down in the gutter. For some crazy reason, that was a trade-off I was willing to take. I didn’t understand the notion of strong and effective linear growth and in many ways, that’s been the Seedrs story.”

“It’s also been the story for so many other businesses that we have worked with and that we continue to work with. Which is that, yep, we’re not Facebook yet but we have been able to solidly build on our foundations year in, year out and continue to accelerate our growth.”

“As I say, we see so many other businesses doing that. So understanding that this isn’t an overnight thing, one way or the other that this is building a business like anything of value is usually a long slog, a lot of hard work. Maybe if I’d known that information I wouldn’t have slept through it. I think that’s probably the biggest gap in knowledge that I had.”

Techspace provides flexible, managed workspace to tech scale-ups in London and Berlin. Since its founding in 2011, they have raised over £5.5m.

“I was excited to see Techspace develop quickly in the early stages. We were keen to grow the team and rushed a few hires that didn’t work out, which can be a costly mistake to make. We made the mistake of building systems around process too early, so it became difficult to change. It would have been better to give the team autonomy until the way of working had become more established.”

“Excitement can also make you more optimistic, which is important for staying motivated. However, optimism should be balanced by considering the longer-term downsides of important decisions. There have been deals along the way that were either too good to be true and simply not executable or had long-term effects that weren’t given sufficient consideration. I think the key advice I’d have for myself when I started Techspace would be to enjoy the excitement, but stay patient.”

Silverfin helps businesses to streamline their finances with their plugin accounting software. Since its founding in 2013, they have raised over £3.5m.

“The evolution from an accountant to becoming an entrepreneur and starting a company is quite big. At the start, I was purely into finance, deadlines and moving from one client to another.”

“The biggest lesson is you always you need to be able to question yourself. 3 years ago I did all these things myself. Today I try to help where needed.”

Check out our Real Voices of Scale-up podcast for more interviews with the founders who are growing their tech businesses in the Techspace network. 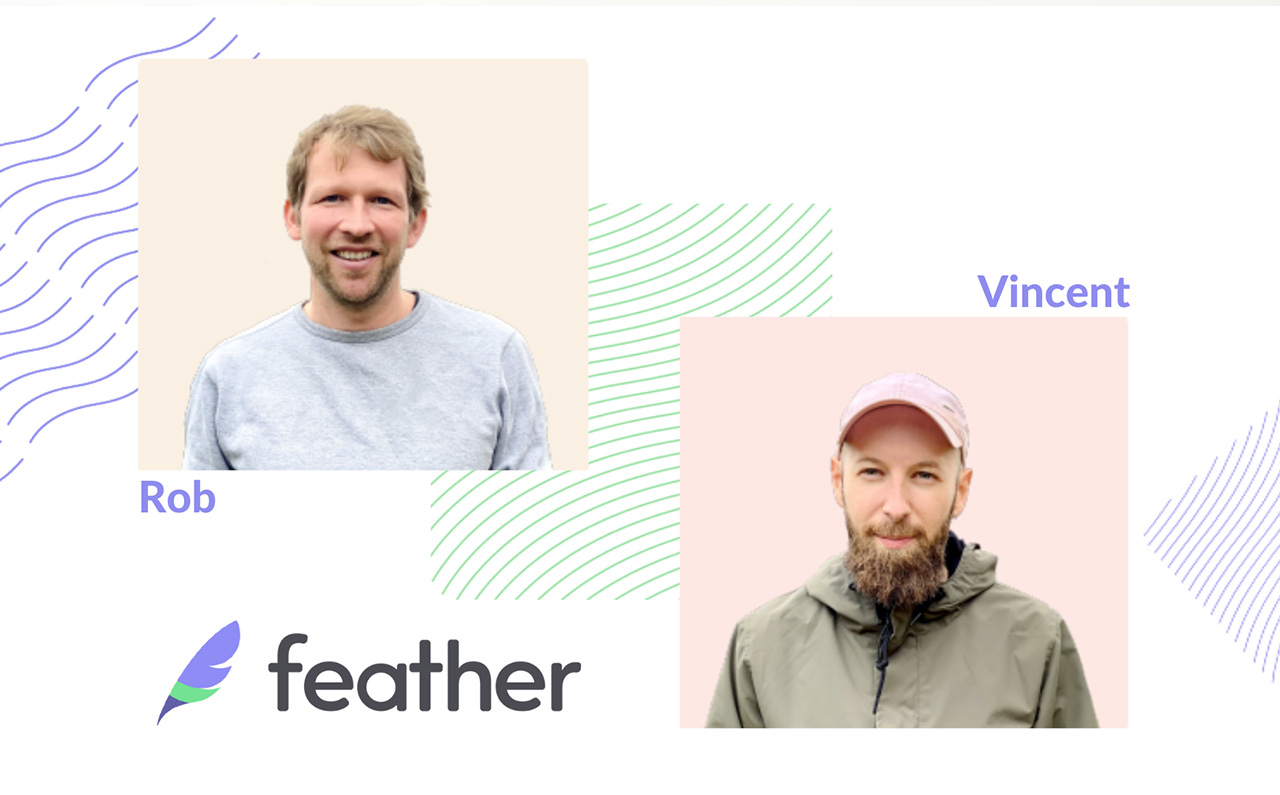 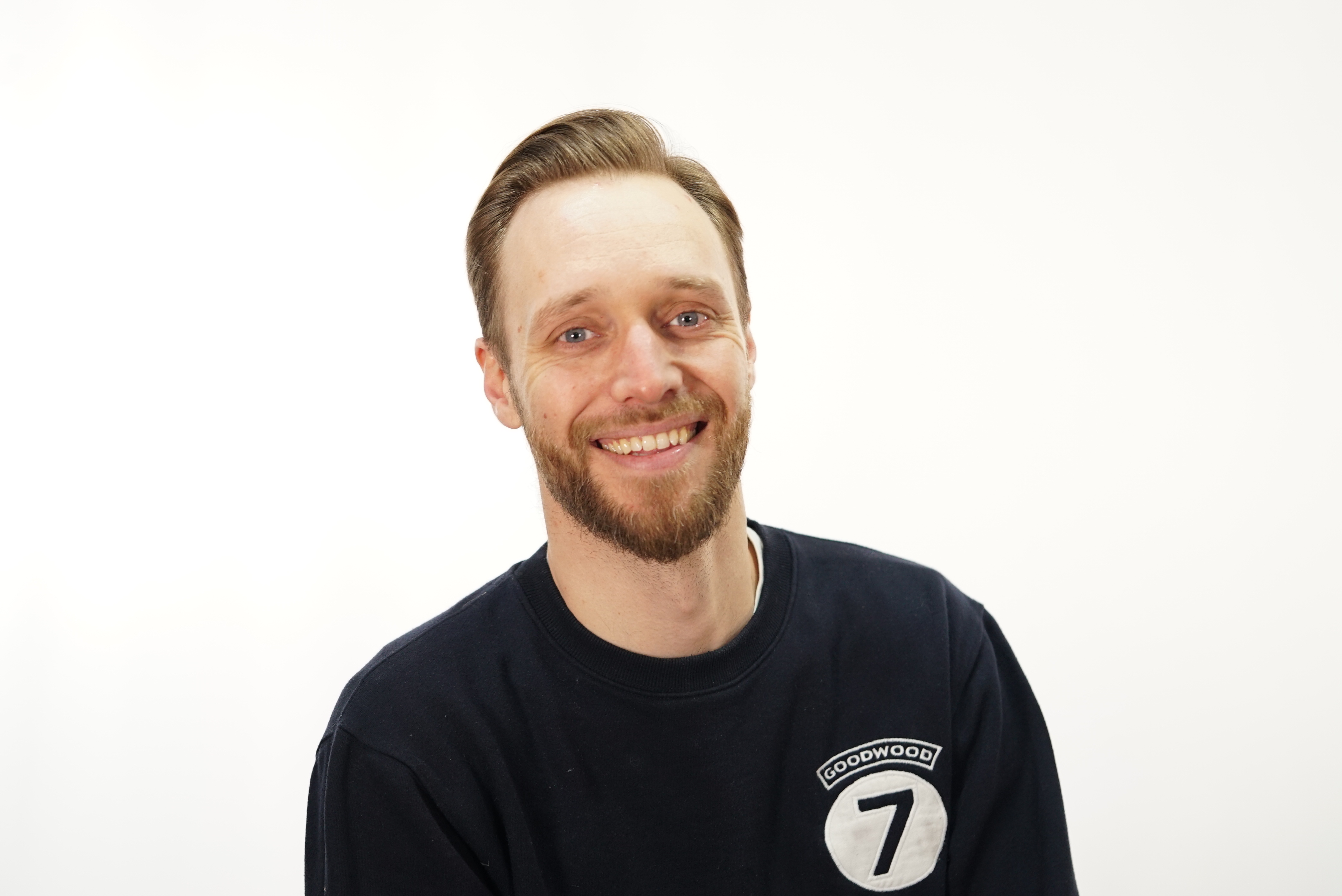 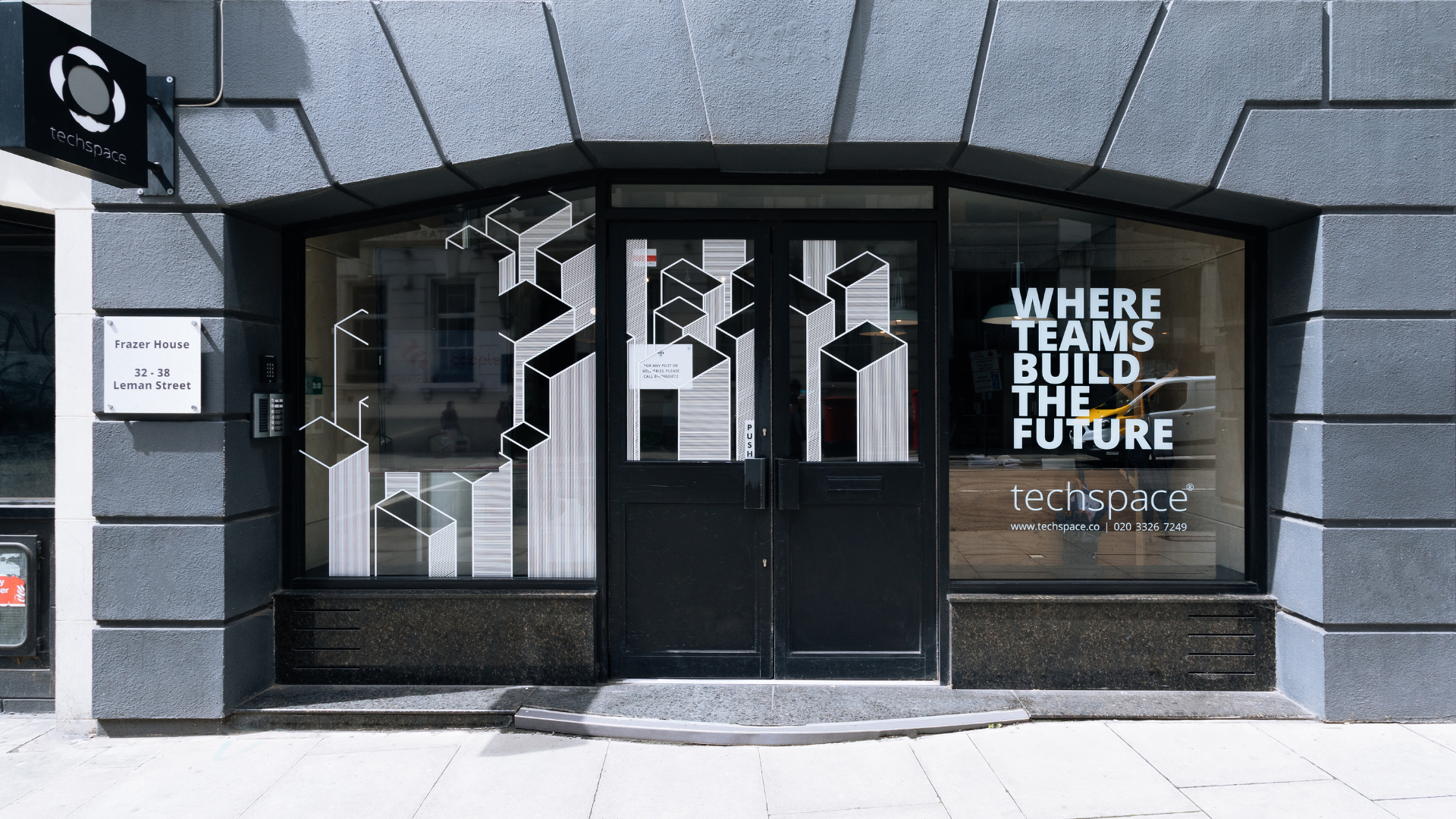 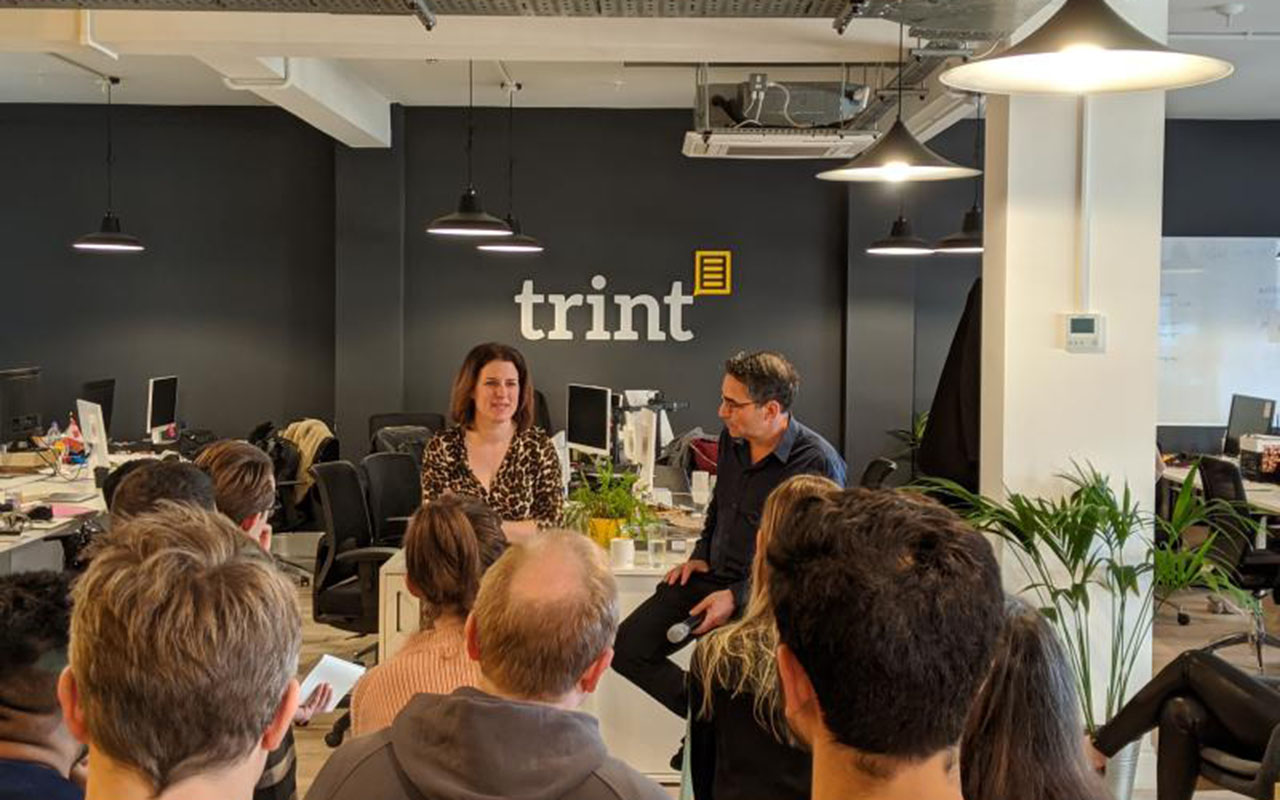 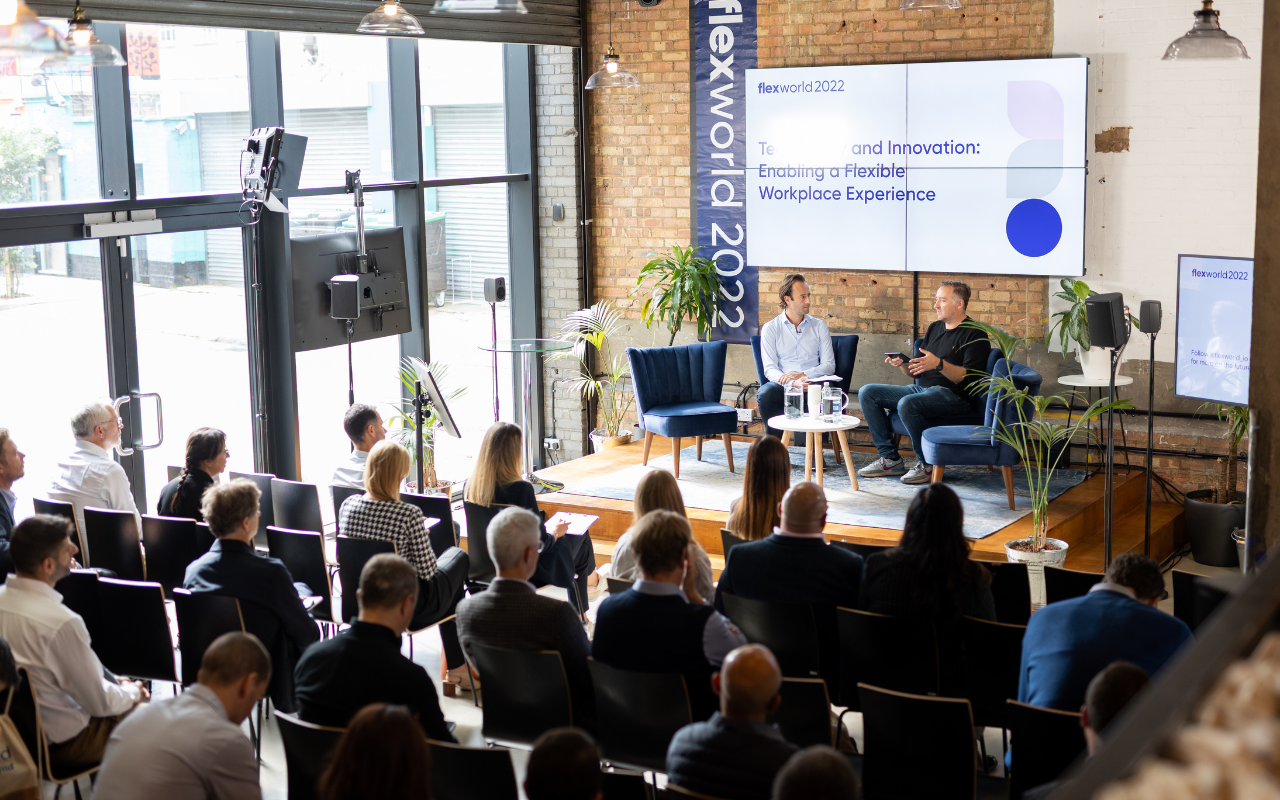 Flexworld 2022: Where the future of work meets the office of tomorrow