Techspace Eiswerk is a strikingly beautiful industrial building on the banks of the River Spree, situated on Köpenicker Straße not far from Ostbahnhof.
‍
Built at the end of the 19th century the former ice cooling house was one of the first in Europe and represented the city’s thriving industry. Today, reimagined as an inspiring workspace for scaling tech teams, with members’ lounge, cafe, meeting rooms and events venue, Eiswerk’s functional yet characterful design hosts some of the most exciting tech businesses in Berlin.

Where the "old meets new"

Inside the cooling house

5th floor lounge with a view

Acoustic cork is an homage to the past 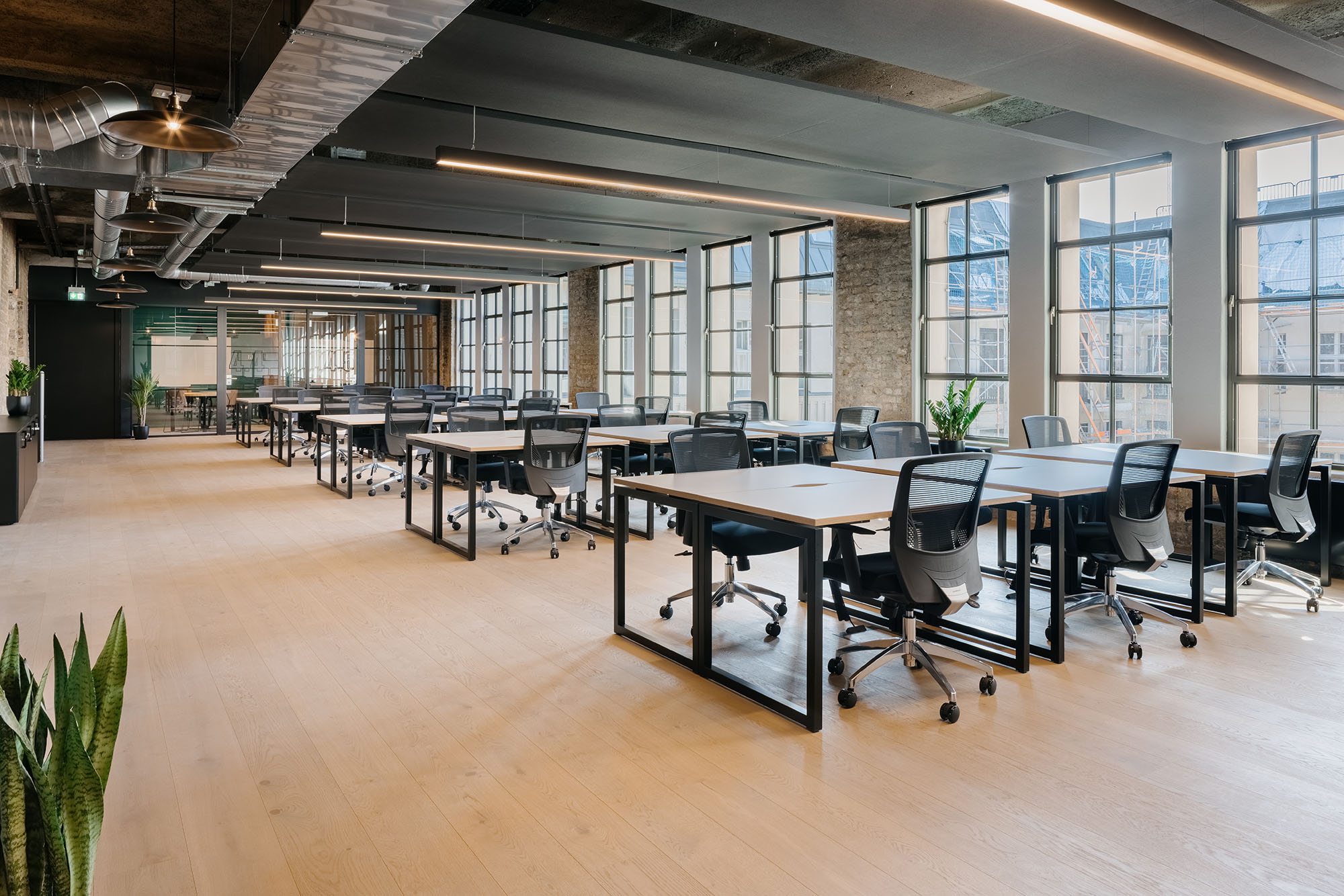 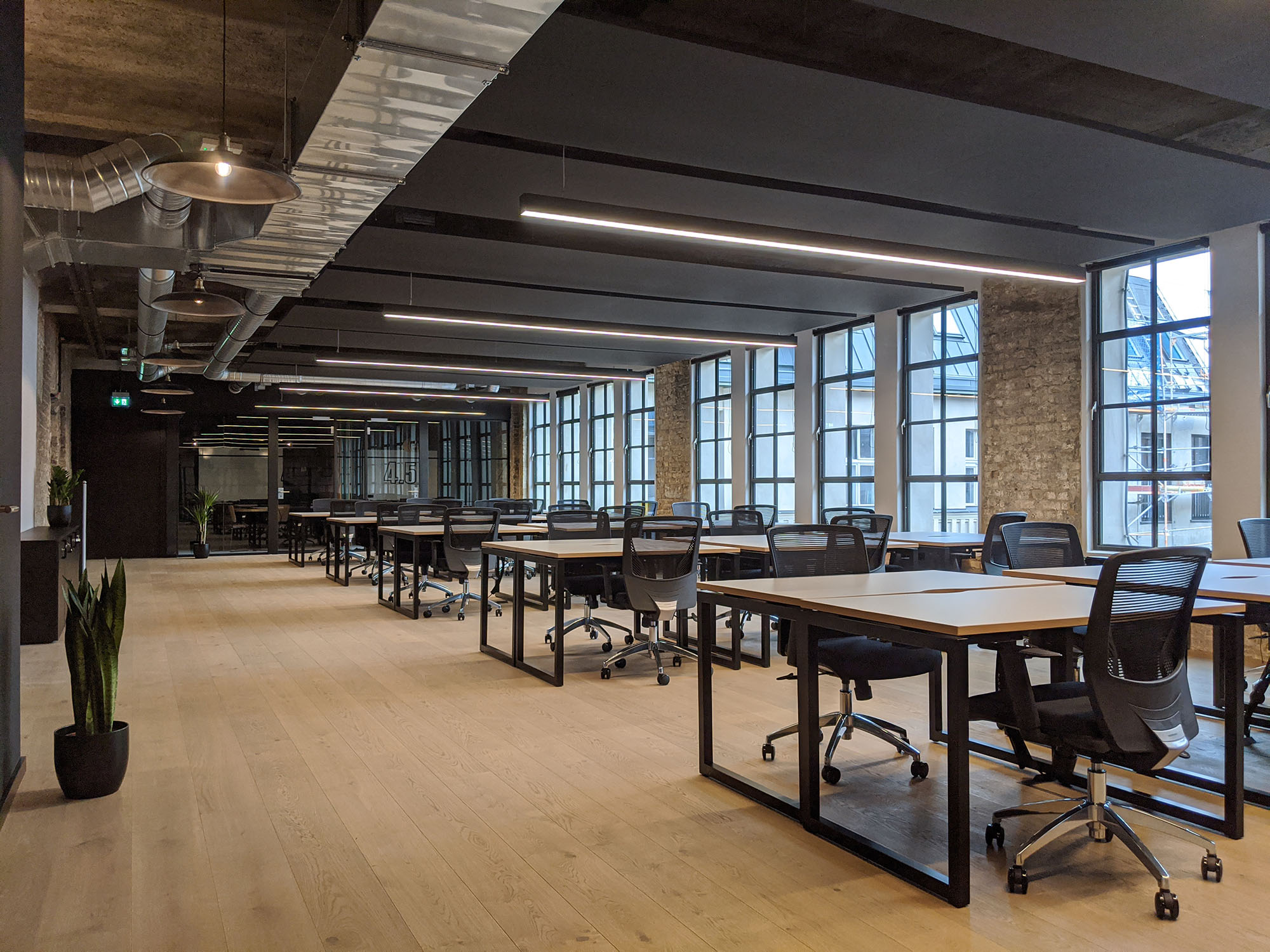 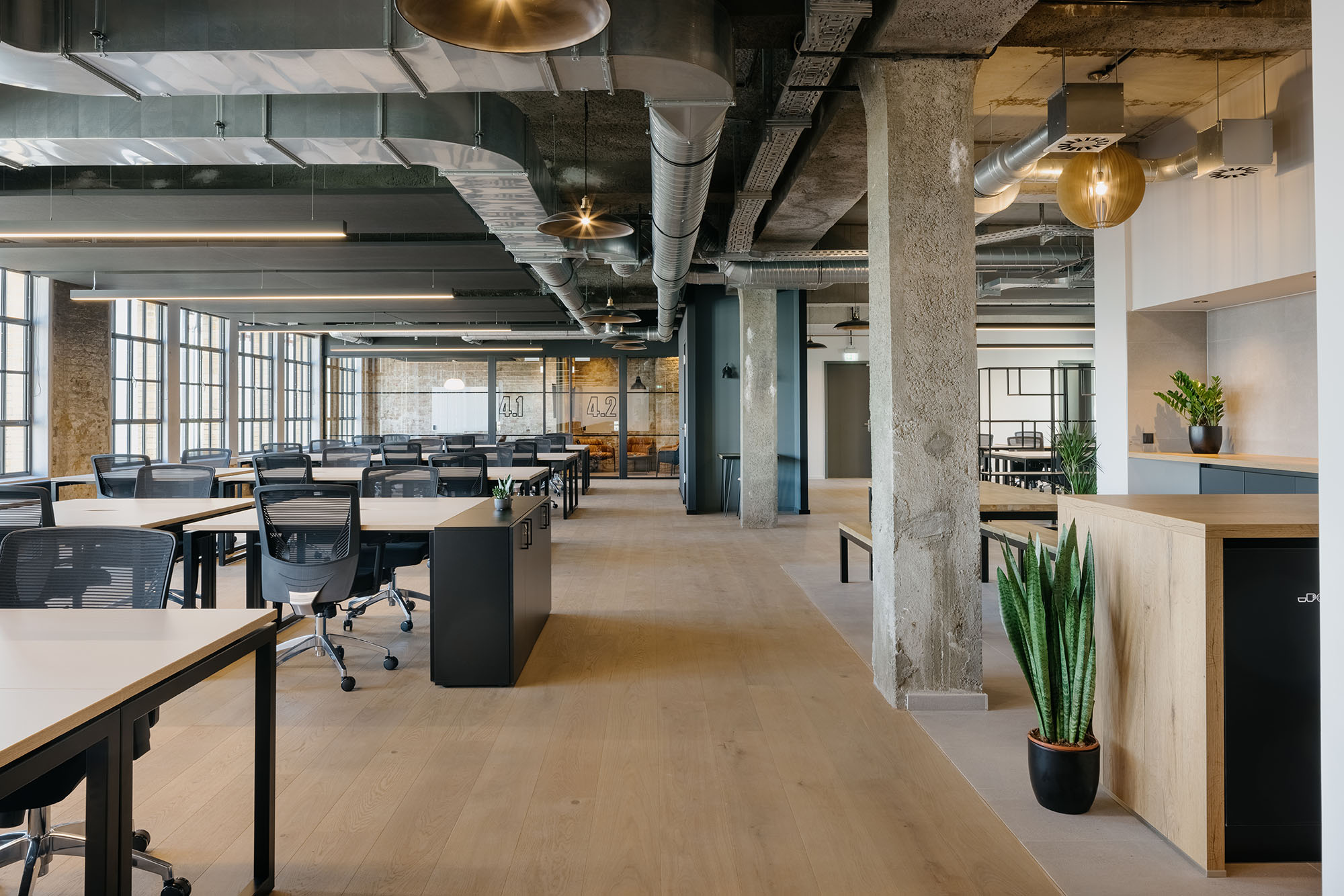 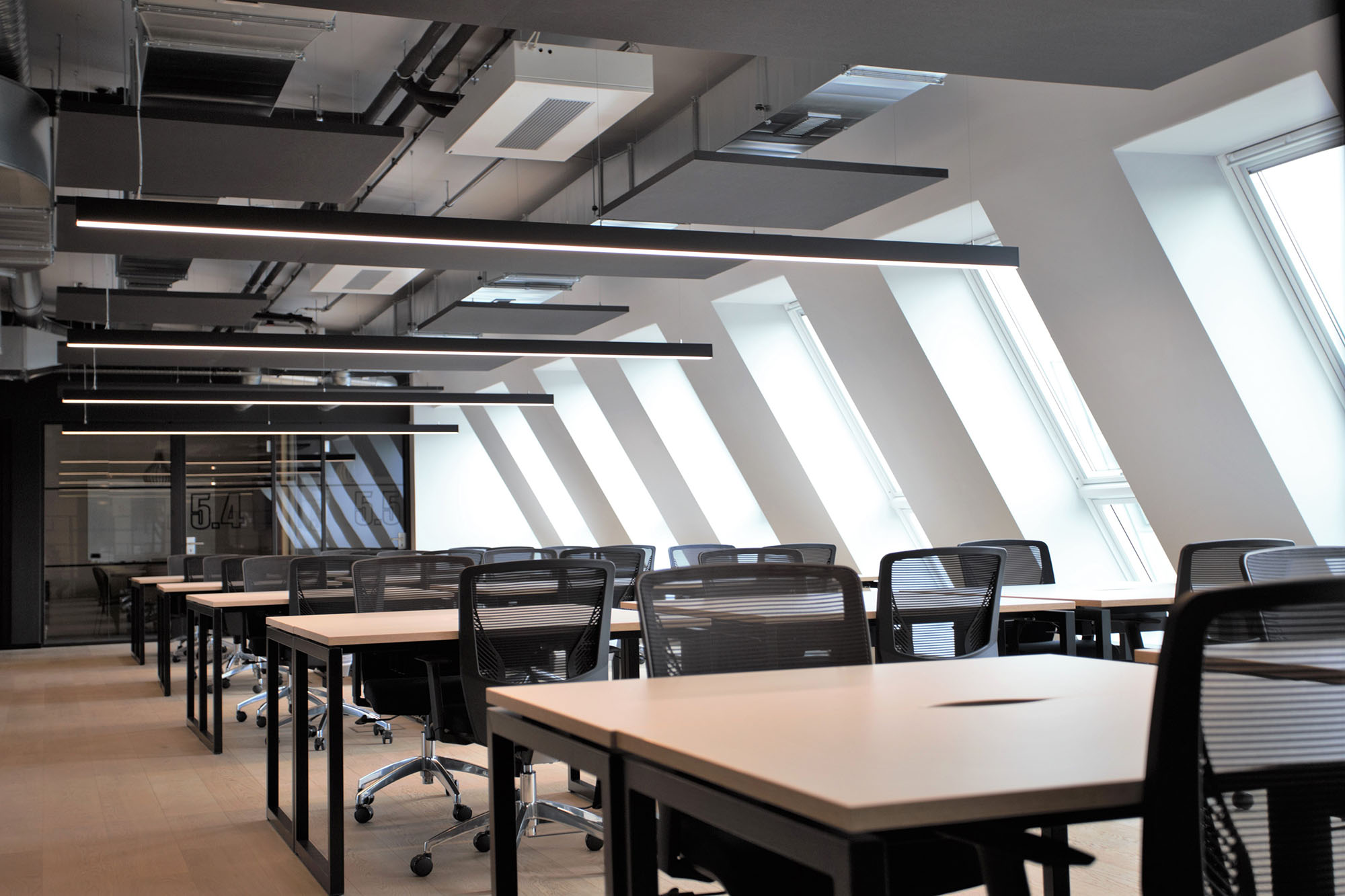 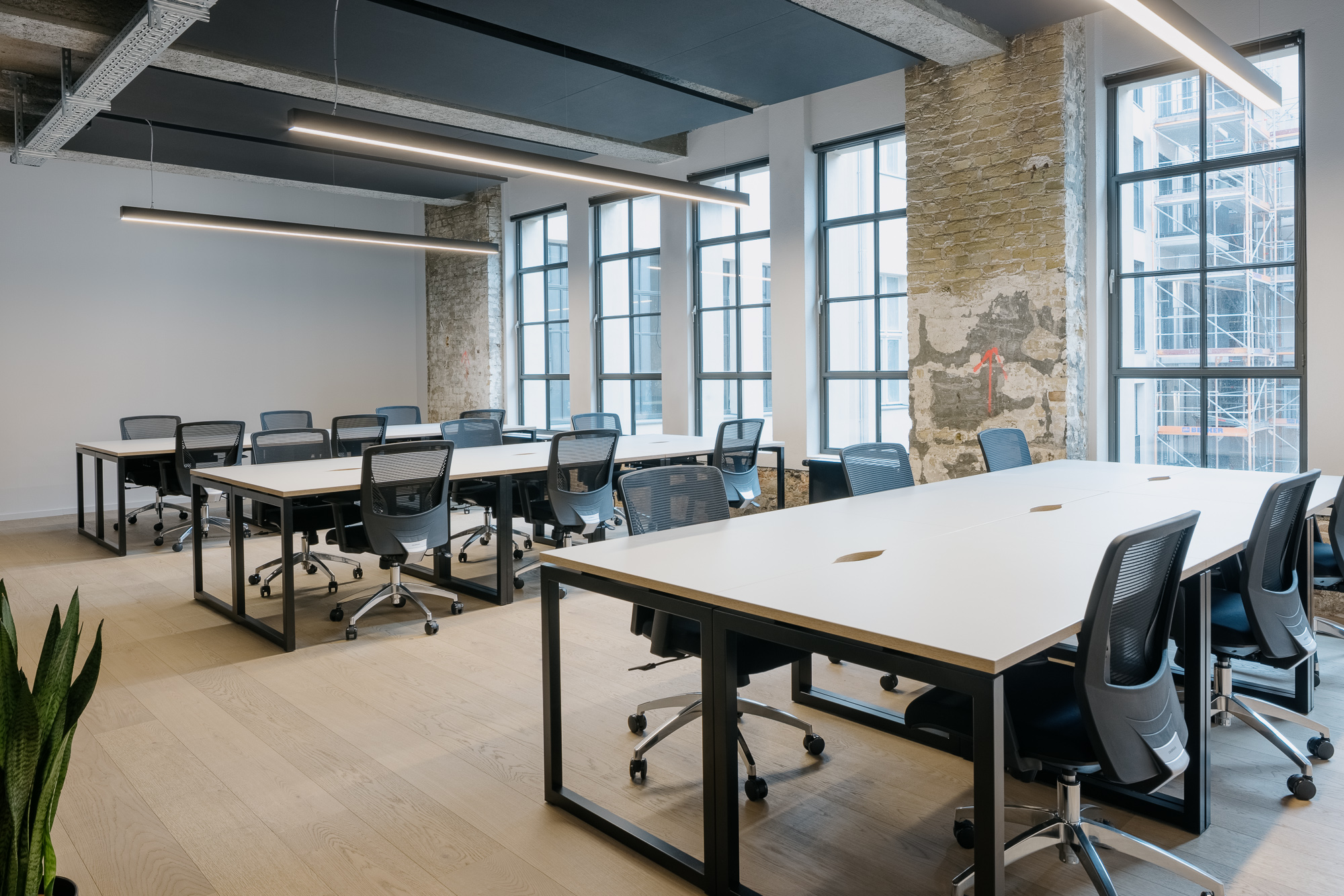 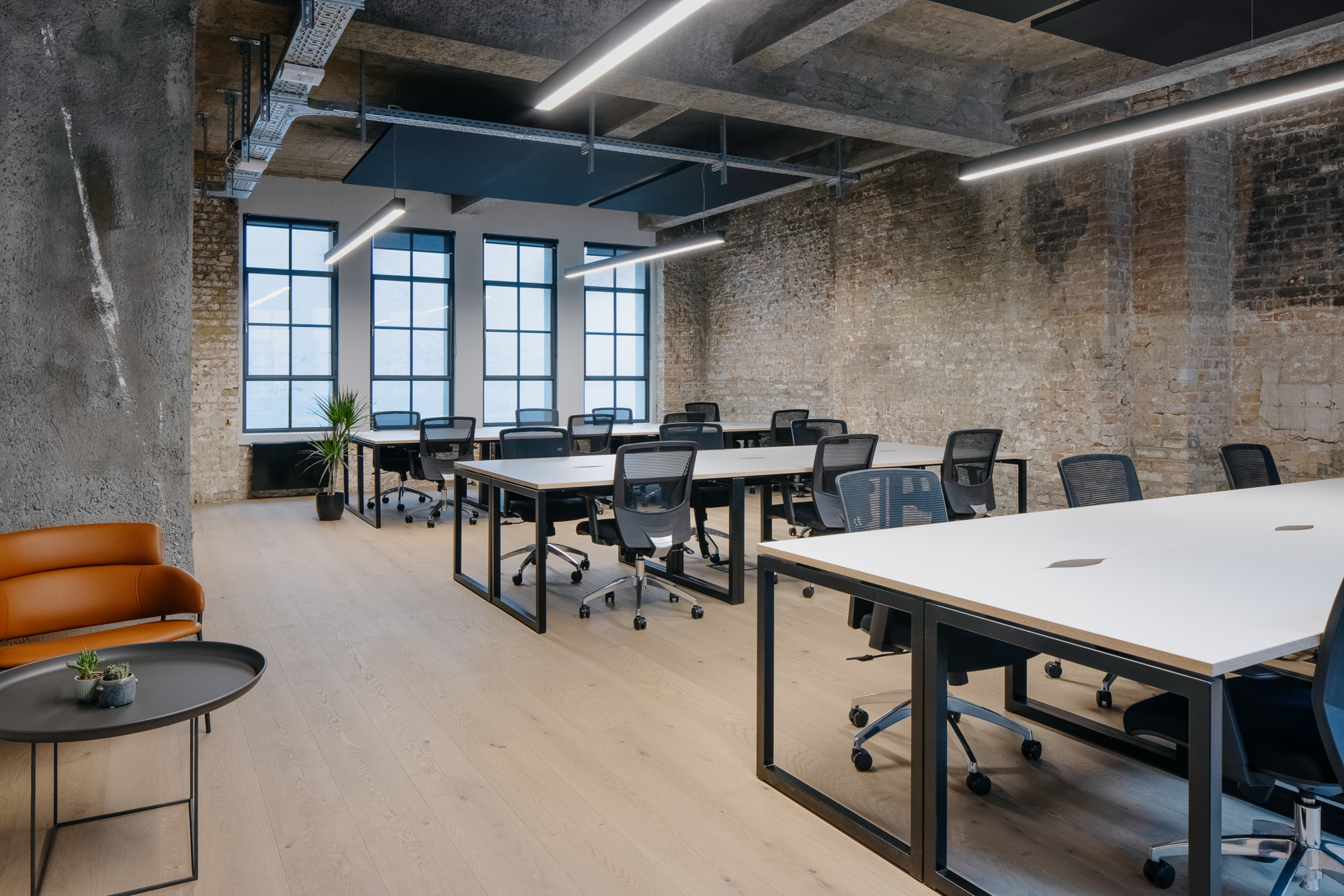 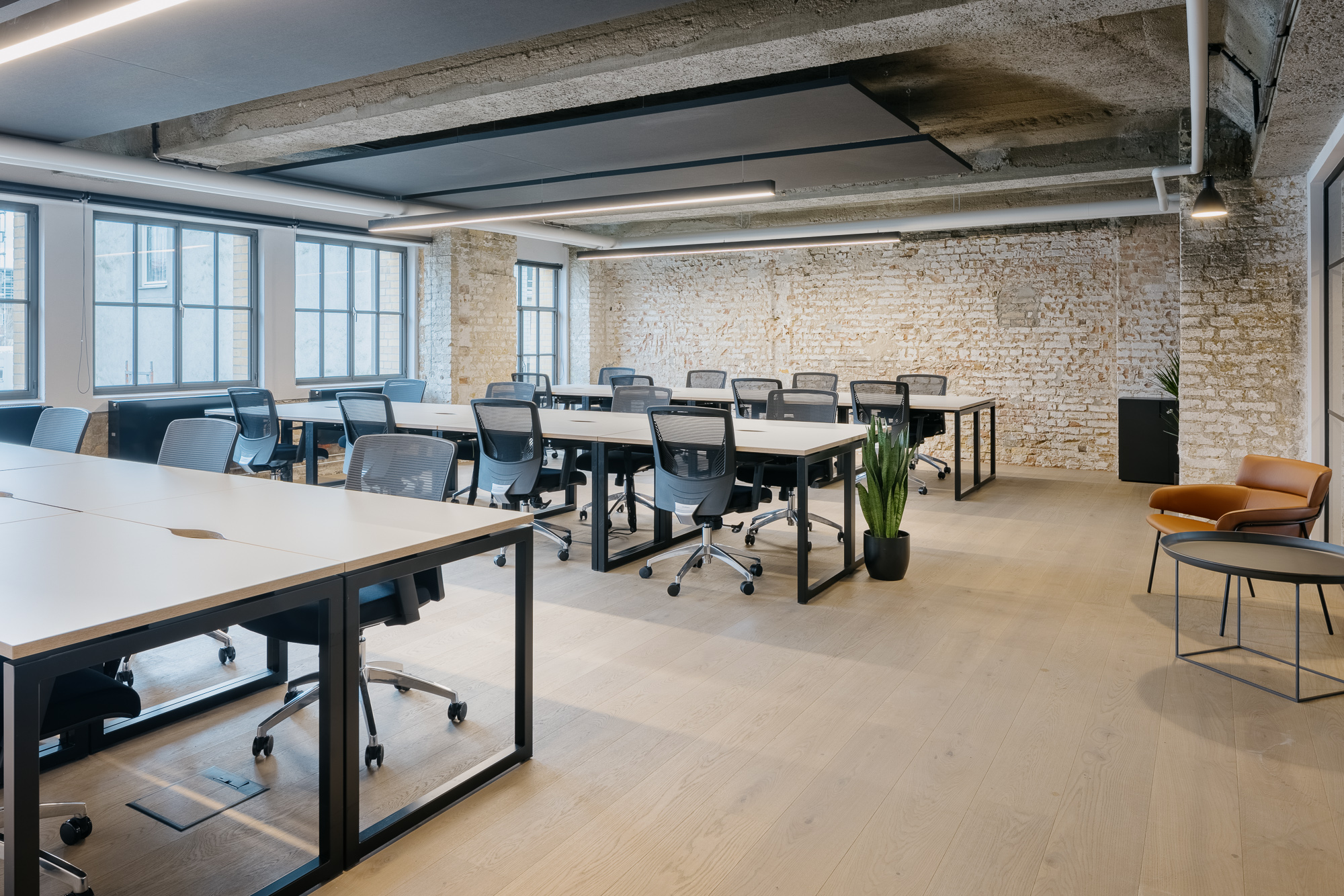 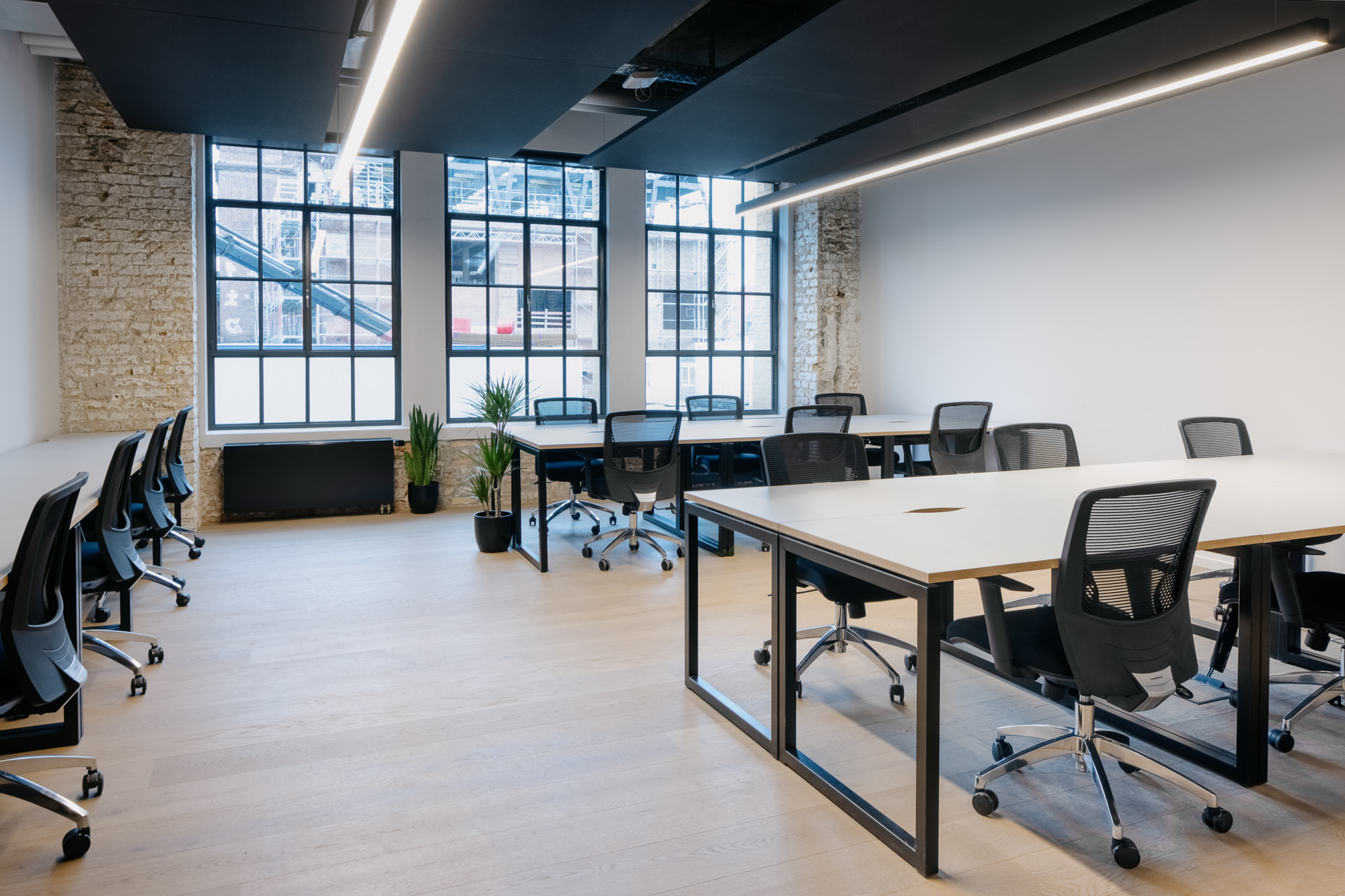 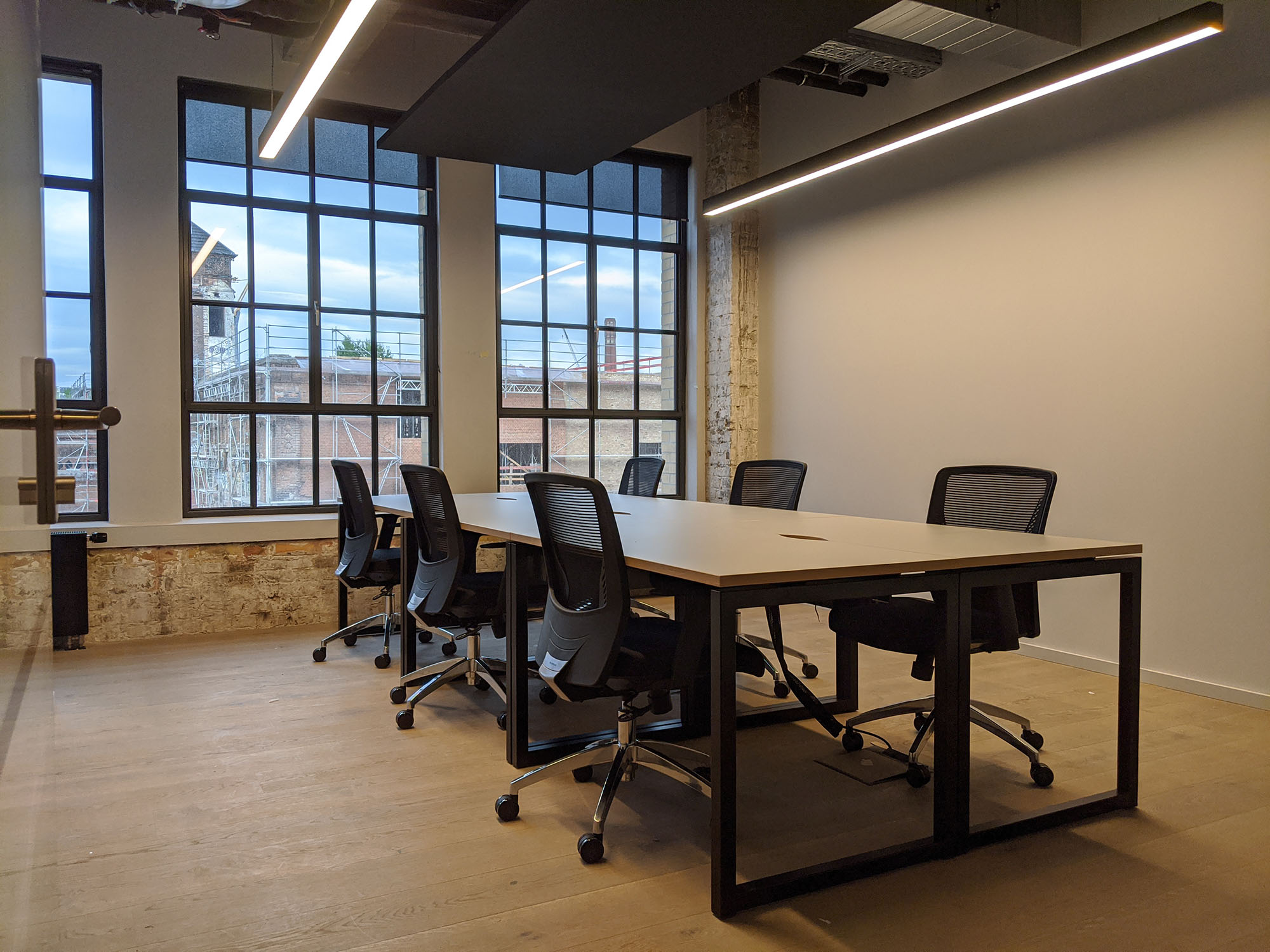 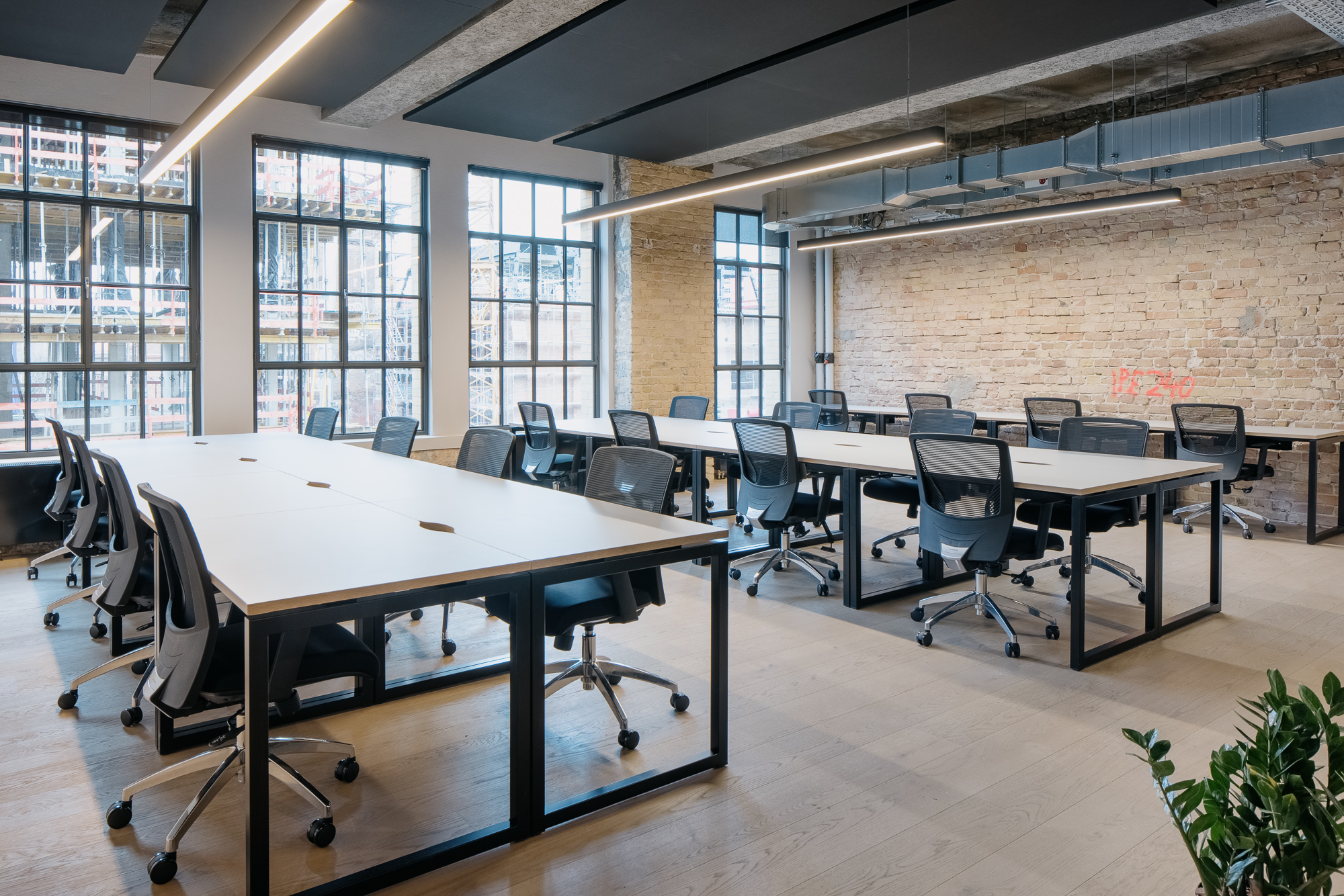 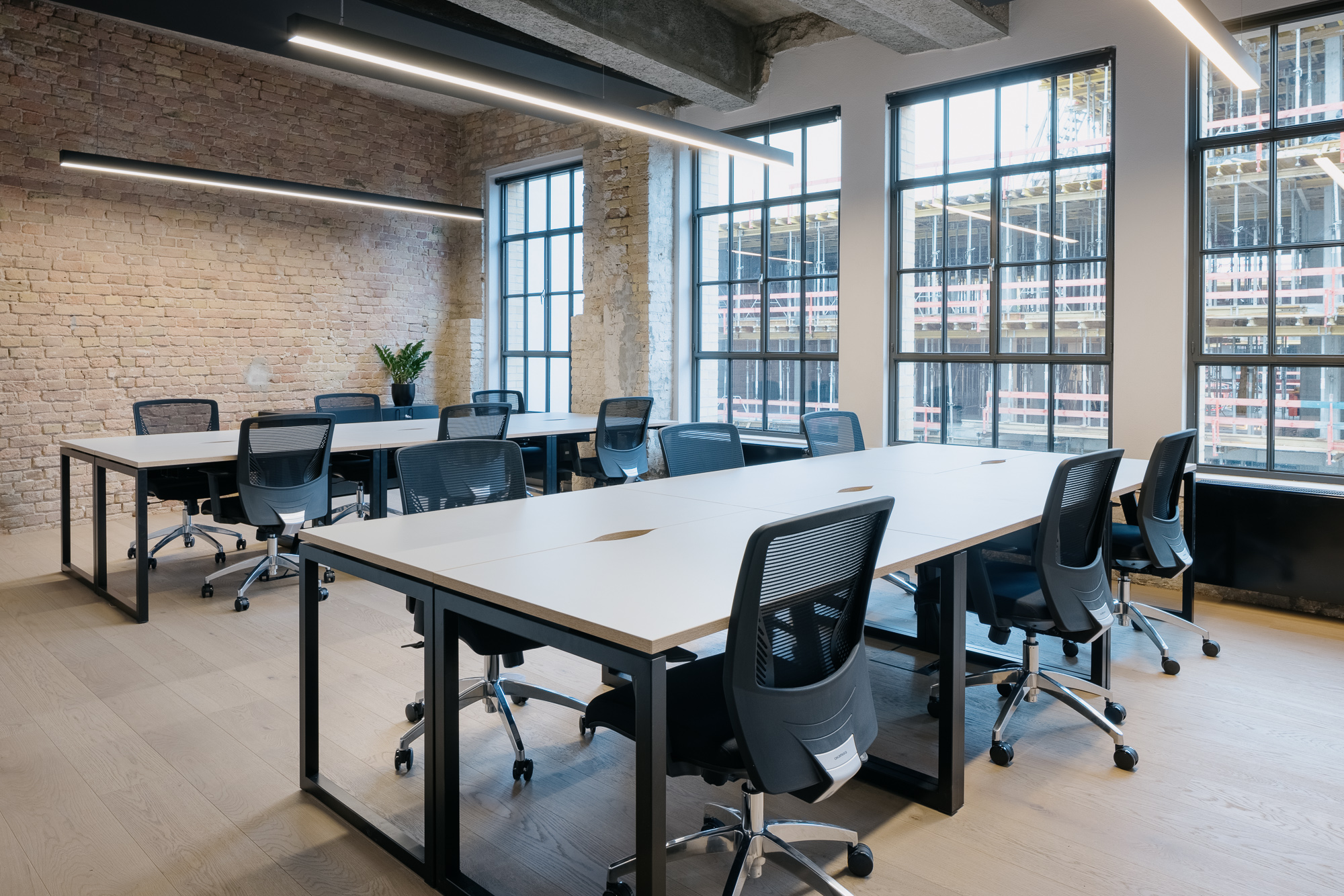 Choosing an office in Eiswerk?

Our offices in Eiswerk are a well known landmark in Berlin, home of the Eiswerk Factory, which stands tall opposite Techspace Eiswerk with its famous chimney stack pointing skywards. The two buildings together were, at one point 100 years before, the industrial centre of Berlin's ice making trade. Making huge blocks of ice in the factory, storing it in the warehouse, and then shipping it off to those who bought it in boats along the River Spree.

100+ years on, in partnership with real estate partners Trockland, the site and surrounding buildings have been revitalised and reimagined, bringing new offices and apartments to the neighbourhood.

Techspace Eiswerk is a characterful warehouse building situated on Kopinicker Strasse, a 11 minute walk or a 3 minute cycle from Ostbahnhof, which is a main line railway station in Berlin located in the Friedrichshain quarter - which incidentally is one of the most popular residential areas for young professionals in the east of the city.

The community management team adds a personal, professional touch to each one of our buildings, and is committed to empowering all Techspace members.